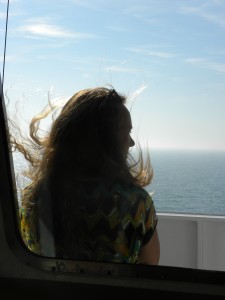 Founder of Voice Forum; International collaboration of music therapy professionals with focus on voice as primary instrument; since 2008

Specialization in the human voice:  Research and study of educational and healing approaches of traditional singing as a multicultural approach for music therapy; trainings, workshops and presentations at conferences and institutes in USA, Europe, Asia and South America since 1997

1961 born in former East Germany, studied classical singing; moved in 1988 to the Netherlands and completed her BA in Music Therapy in 1993. Since 1991 she worked as a Music Therapist in the psychiatric hospital with traumatized women, forensic rehabilitation clients and patients in short term therapy. She received her RMTh (Registered Music Therapist) in 1997 in the Netherlands. In 1998 she trained for six months in oriental music therapy with Oruç Güvenç, Marmara University in Istanbul, Turkey. She received voicetraining from various teachers in Europe and USA and practices private voice work and music therapy since many years. In 2000 she completed the Advanced MA program in Music Therapy at New York University and worked in the neurological setting of Beth Abraham Health Services with patients with strokes, Parkinson disease and Alzheimer. From 2001-2005 she worked for the Department of Education, Special Education program for children with autistic and developmental problems/delays as well as for Heartsong, music and art therapy program for children with disabilities in Scarsdale, NY. In 2005 Sylka returned to the Netherlands, became faculty member of HAN University for Applied Sciences in Nijmegen, teaching music therapy, voice & research. From 2010-2019 she researched for her PhD study ”the effects of singing and rapping on emotion regulation for children and youth”. In 2019 Sylka followed the call to SRH University Heidelberg in Germany, as a professor for music therapy at the School of Therapeutic Sciences.